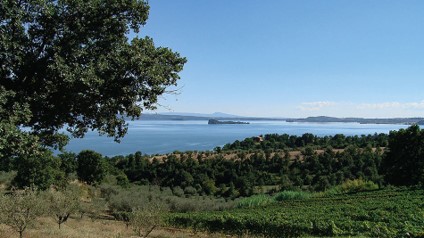 On the shores of the Tyrrhenian Sea, the Lazio wine region is located between Tuscany and Umbria to the north, Abruzzo to the east and Campania to the south. The vineyards, most of which are located north of Rome, are also present in the east and south. Vines have been grown here for more than 2000 years and already enjoyed a very good reputation in the capital of the Roman Empire. Made up of hills, Lazio has a Mediterranean climate with hot summers and a relatively mild climate in winter. The volcanic-dominated soils are fertile and well suited for wine production.

Spread over more than 48,000 hectares, the vineyards are mostly planted with native grape varieties, the majority of which are white, such as Trebbiano and Malvasia. Côté vin rouge, on produit du vin avec des cépages comme le Sangiovese, le Montepulciano et le Merlot. The region has 3 DOCG, 24 DOC and 5 IGT.

Our wines from Lazio 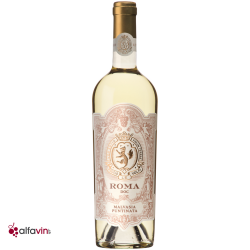