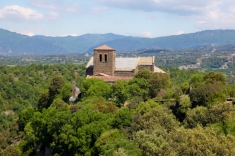 Catalonia has been the source of many significant developments in the turbulent history of Spanish wine-making. It was in this region that the Greeks are said to have produced the first Spanish wines, and the Roman emperors particularly appreciated Catalan wines, which became famous throughout the empire.

Located on the border with France in north-east Spain, Catalonia's eastern flank is formed by the Mediterranean Sea. The region boasts no less than 11 AOCs, whose variety is founded on the extremely diverse relief that creates numerous local micro-climates. The diversity of the land and climate is reflected in the region's wines. Catalonia's wine-making industry tends to reflect the industry in Spain on the whole and is used by many international experts to gauge the overall situation in Spain. This is partly due to the fact that Catalonia is one of the most dynamic wine-growing regions in the world.

This privileged region is home to the Bodega Miguel Torres winery that has played, and continues to play, a pioneering role in modern wine-growing in Catalonia. The reputation of its red wines, such as the Gran Sangre de Toro, or its distinctive whites, including the Esmeralda, has carved out a worldwide renown that has fuelled the renaissance of wine-making in Spain. (Alfavin.ch)

Do you know the producers from Catalogne and specially Torres?

Our wines from Catalogne 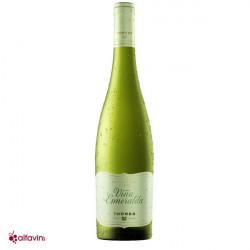