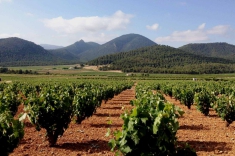 Recognized in 1966, Jumilla is one of the oldest appellations of origin in Spain. It is located in the southeast of the country, just under one hundred kilometres north of the city of Murcia, the capital of the province.

A dry and arid continental climate with a maritime influence in the east (Mediterranean Sea), the wine region of Jumilla is characterised by a high degree of sunshine and low irregular rainfall.

The vineyard of Jumilla is 80% Monastrell and is located at a height ranging between 400 and 800 metres of altitude. The soils are mostly brown limestones which have good water retention capacity, allowing the vines to survive even during great periods of drought.

Although the region was first known for its mass export of grapes to France when phylloxera came to Europe, it has been experiencing a qualitative revival for some 20 years, thanks to a few winegrowers such as the Bodega El Nido (Gil family ). This family added to the Monastrell a perfect phenolic maturity, less volume and more quality in sorting and winemaking, which has resulted in the Clio created from Monastrell and Cabernet Sauvignon, and has quickly obtained national and then international recognition. (Alfavin.ch)

Do you know the producers from Jumilla and specially Bodega El Nido?

Our wines from Jumilla 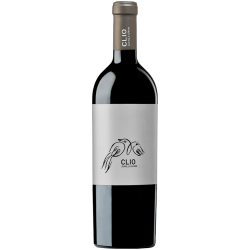