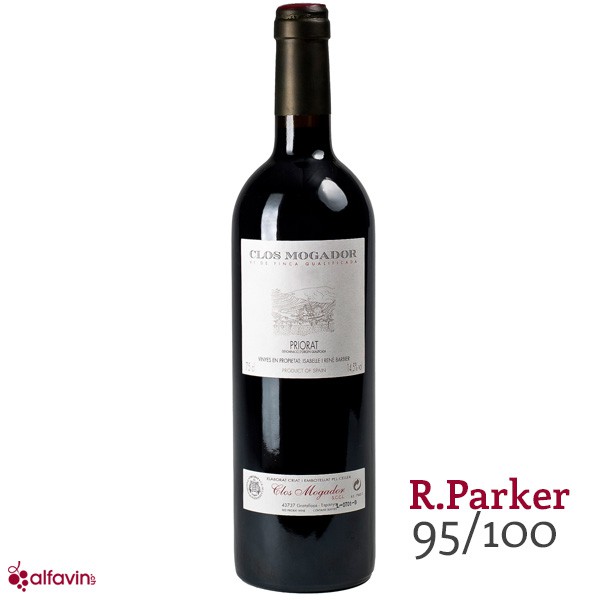 A very beautiful wine full of promise but still evolving. It is for that reason, it is necessary to spend a few hours in carafe before tasting!

Nose : balsamic scents at first, then releases notes of fermentation, then winning a super fruit (blackberry, blueberry, currant and plum).

Mouth : intensely fruity with great breadth and gluttony. The tannins are quite velvety, slightly astringent on the finish, fully integrated

"The opaque purple-colored 2006 Clos Mogador has an enticing nose of pain grille, pencil lead, truffle, incense, black cherry, and blackberry. Full-bodied, dense, and layered on the palate, it has loads of succulent black fruit, spice box, ripe tannin, impeccable balance, and a lengthy, pure finish. Give it 5-7 years of additional cellaring and drink it from 2015 to 2026."

In recent years, Montsant, and Priorat in particular, have developed spectacularly, and their reds now figure amongst the most expensive and sought-after wines in Spain. The rediscovery of the Priorat wine-growing region has helped to ...

René Barbier: he has revived the Priorat and given it world recognition... Because he was able - after continuous work of at least 30 years - to reconcile long and old traditions and ultimate modernity, Rene Barbier is the ...